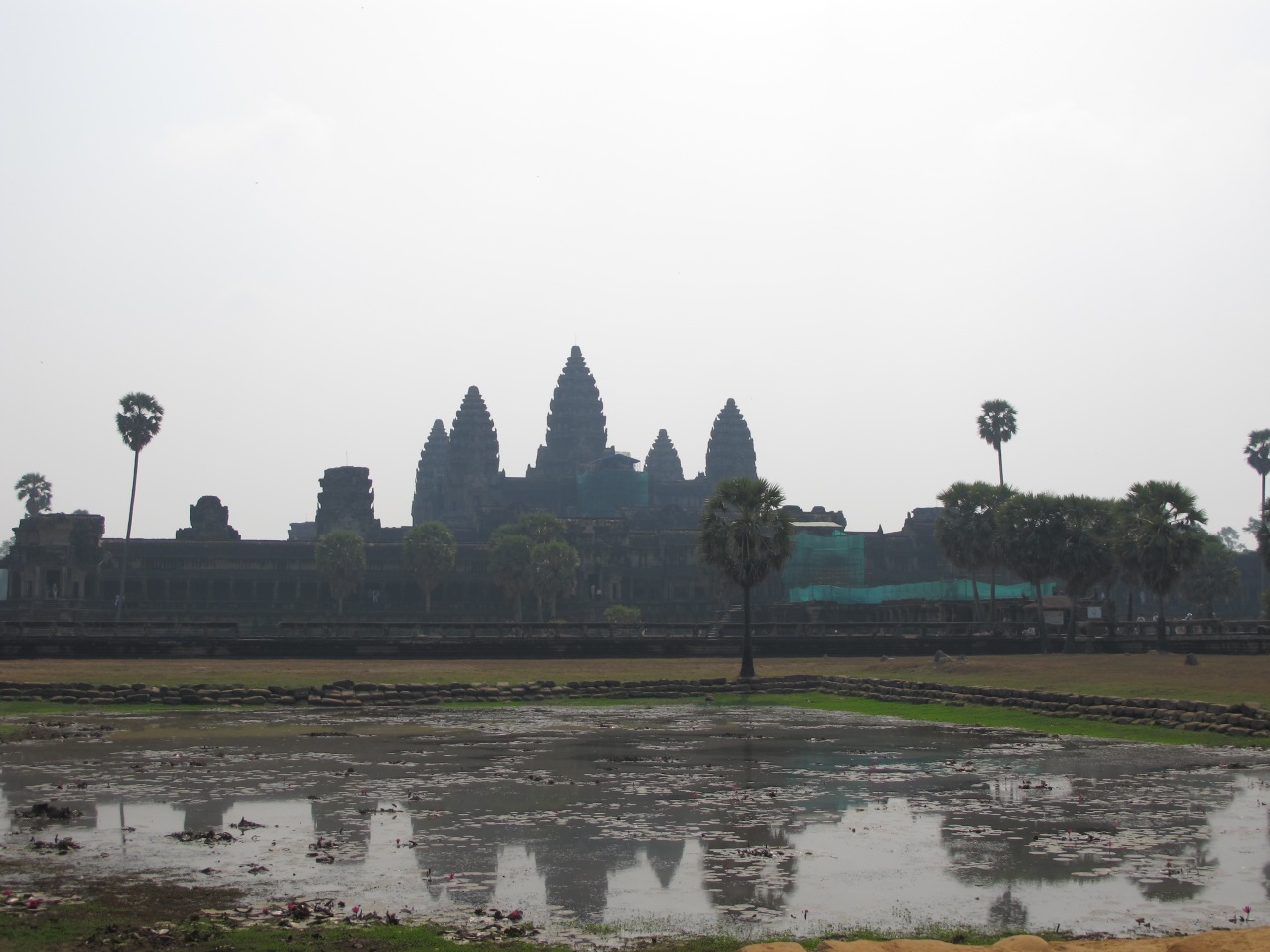 I am presently sitting in an internet cafe that is the equivalent of a sweat lodge…it’s about 90 degrees and humid as ever here.  So below are just a few of my top reasons as to why I respect Cambodia (in no particular order):

Hotel: The Villa Siem Reap (HIGHLY recommended and was only $40/nt…they also picked me up from the airport in a Tuk Tuk for a small extra fee) – http://www.thevillasiemreap.com/

The most common form of transportation here – an open-air cart attached to a dirt bike/motorcycle.  It’s amazing.  If I had my way, I would take tuk tuks everywhere and bring them back to Chicago.  There are shuttle 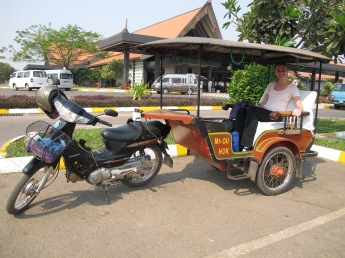 buses and cars, but transportation is essentially dominated by tuk tuks, motorcycles and bikes.  I am absolutely impressed by the amount of stuff that people are able to load onto their bicycles…crates, at least 4 dozen coconuts, furniture, live animals, multiple children.  There seems to be few traffic laws, if any at all – the only rule I’ve noted is that everyone gives way to the bigger mode of transportation.  Walkers to bikes, bikes to motos, motos to tuk tuks, tuk tuks to cars, and cars to shuttles.  Despite the seemingly chaotic structure, it seems to work well and honks are merely used as a warning of passing by.  I am also amazed by the age of some of the drivers…I swear, mothers have their three yr olds driving these things.  Either way, I’m sold on the tuk tuks. 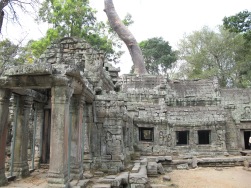 I won’t go into too much detail here because the majestic power of this former city cannot really be put into words.  The temples are incredible – some look pristine and powerful, overlooking the vast city enclosed by an enormous moat.  Others look straight out of Indiana Jones, Temple of Doom.  The Cambodian monks walk through the various temples, chanting and bowing their praise to the innumerable Buddha statu 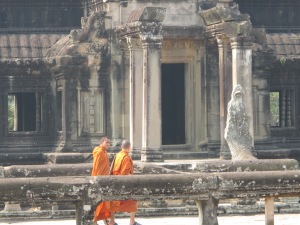 es.  The city of Angkor Wat has been around since the 12th century and at that time, boasted a population larger than London. The only disappointing part of the city is that it is operated (and therefore profited by) private companies.  It would seem to me that the city/country’s biggest tourist destination and largest revenue producing venue would truly help the government to assist their people in emerging from the severe poverty that has evolved.

I happen to love curry, so this place rocks.  Coconut curry is their signature dish, and it’s delicious.  They also pretty much make anything into a shake – watermelon, mango, banana, etc.  Their fruit selection is crazy exotic too…dragon fruit, rabutins (and other strange pulpy-seedy-fruit things), egg chicken bananas, lotus flowers…I’m getting pretty adventurous here.

$6/hr for a full body overhaul.  I’m serious, these women work you over.  Last night, the woman who gave me my full body massage was 4’2″.  But judging from her strength and the way she walked all over my sore legs and back, I would have guessed 6’8″.  Incredible; I’m absolutely getting one every, single day.

5.  Friendliness of the people

Cambodians are extremely friendly people, who always manage to have a smile on their faces.  I don’t know if it’s because I am an obvious foreigner, but everyone smiles and says hello to you as you walk down the street.  It’s so refreshing and their laughter is infectious. Everyone is so helpful and eager to practice their English with you. The kids, oh the kids – so incredibly adorable. They want to learn and they work so hard in school.  Many aspire to be tour guides or work in the nicer hotels in the city, which pretty much requires them to be fluent in English.  The country is still emerging from a holocaust (Khmer Rouge war), so poverty is to the extreme here. Everywhere you go, there are orphanages, shelters for landmine victims, etc.  The entire city of Siem Reap operates off of tourism profits, which unfortunately, is not that much.  I have met so many foreigners that are here to volunteer, which has really inspired me. They volunteer in the orphanages and in the schools, mostly to help teach English.  It’s pretty amazing and I would suggest it to anyone looking for something to do with their time off…the locals are insanely appreciative 🙂

I’ve attached a few pics to show you examples of my time five reasons above.  As a forewarning on the pictures in the next few blog posts: it is absolutely and unequivocally impossible to look good, let alone remotely decent, when you are melting under the sun.  Pale Irish girls were not meant to linger in the Cambodian heat.  Please, no judgments. 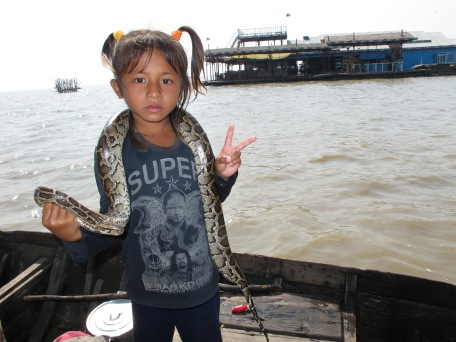 One thought on “Siem Reap, Cambodia”